The Sámi Parliament, in partnership with three other Indigenous Peoples’ organizations, the Coordinadora de las Organizaciones Indígenas de la Cuenca Amazónica (COICA), the International Indian Treaty Council (IITC), and the Asia Indigenous People’s Pact (AIPP), organized a dialogue meeting on the process of enhancing Indigenous Peoples’ participation in the UN.  Taking place in Quito, Ecuador, from 27 to 30 January 2020, the four-day meeting was attended by 30 representatives of Indigenous Peoples from around the world, as well as representatives of so-called friendly states. Its’ purpose was important: to discuss the UN process, find a common position for Indigenous Peoples for future work, and strengthen the dialogue with the member states.  The Sámi Parliament led the preparation, coordination, and logistics of the meeting, including coordinating funding from Norway, Canada and Finland. 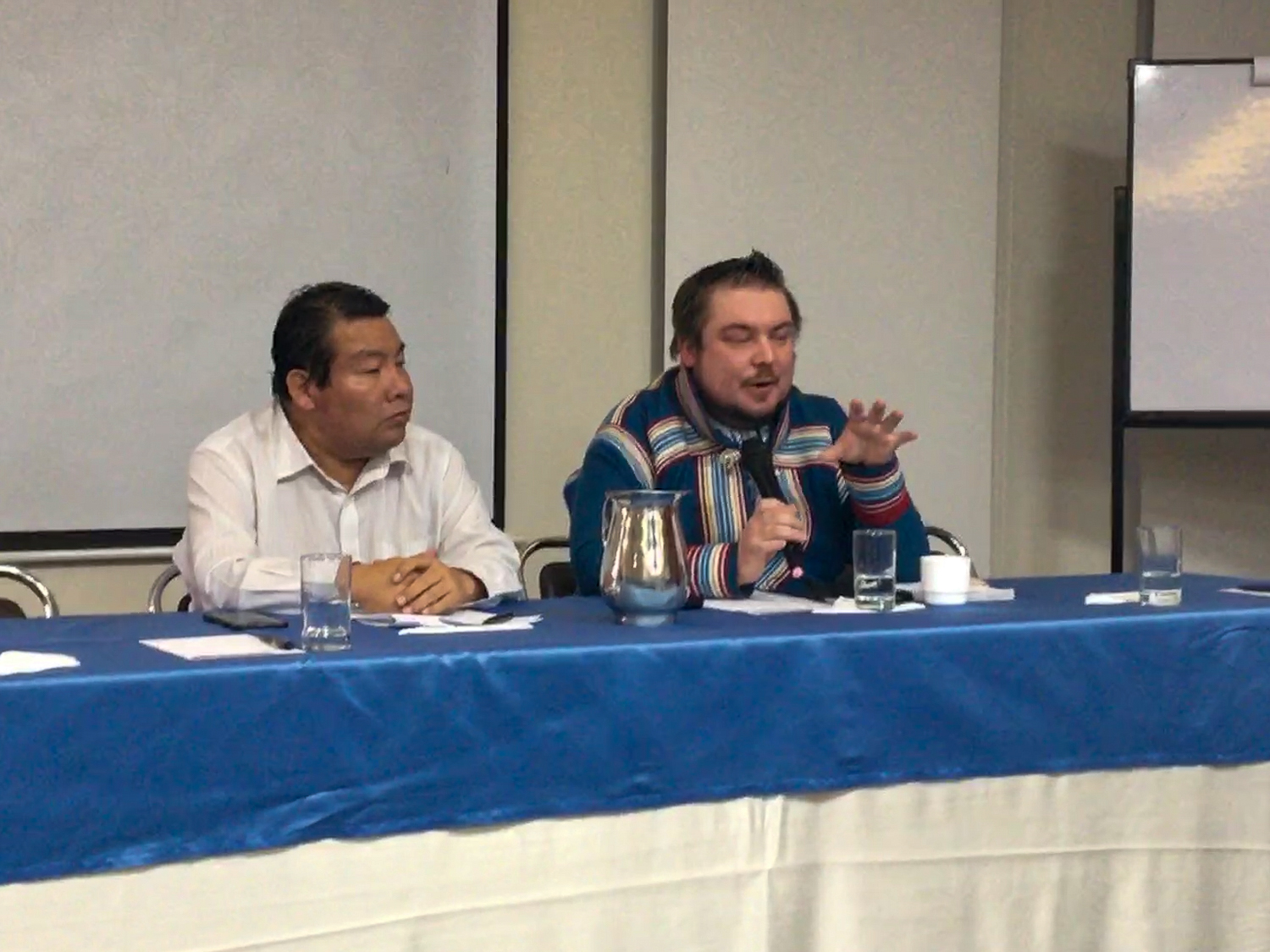 The meeting was chaired by President Tuomas Aslak Juuso and Estebancio Castro Diaz, a Kuna from Panama. 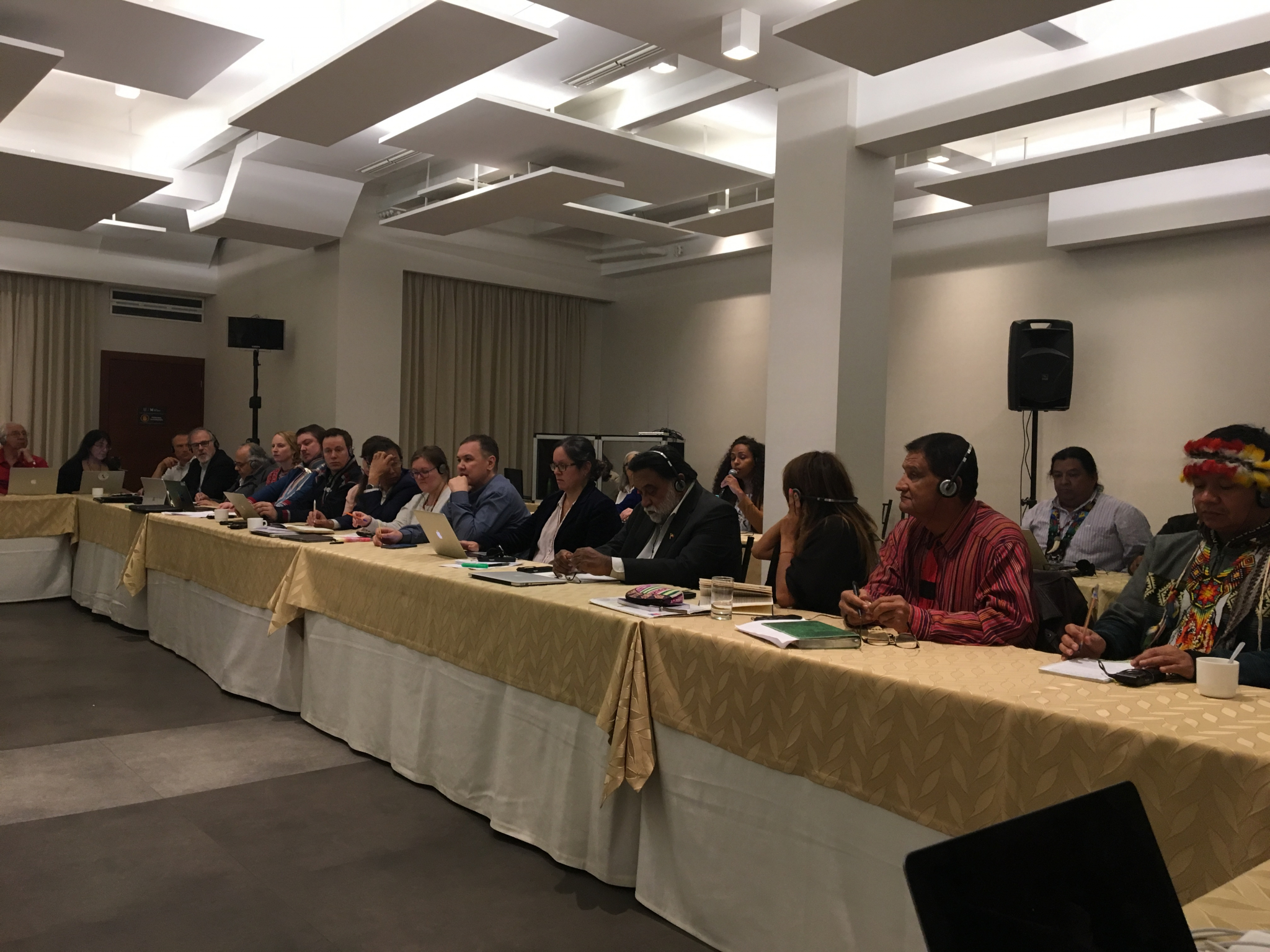 Indigenous peoples representatives from around the world participated in the meeting.

Discussions in Quito were founded on and guided by the UN human rights treaties, the UN Declaration on the Rights of Indigenous Peoples, and the Outcome Document of the World Conference of Indigenous Peoples as well as the background material for the preparation of the outcome document.  According to the UNGA resolution, the process must continue, which motivated the meeting coordinated by the Sámi Parliament. 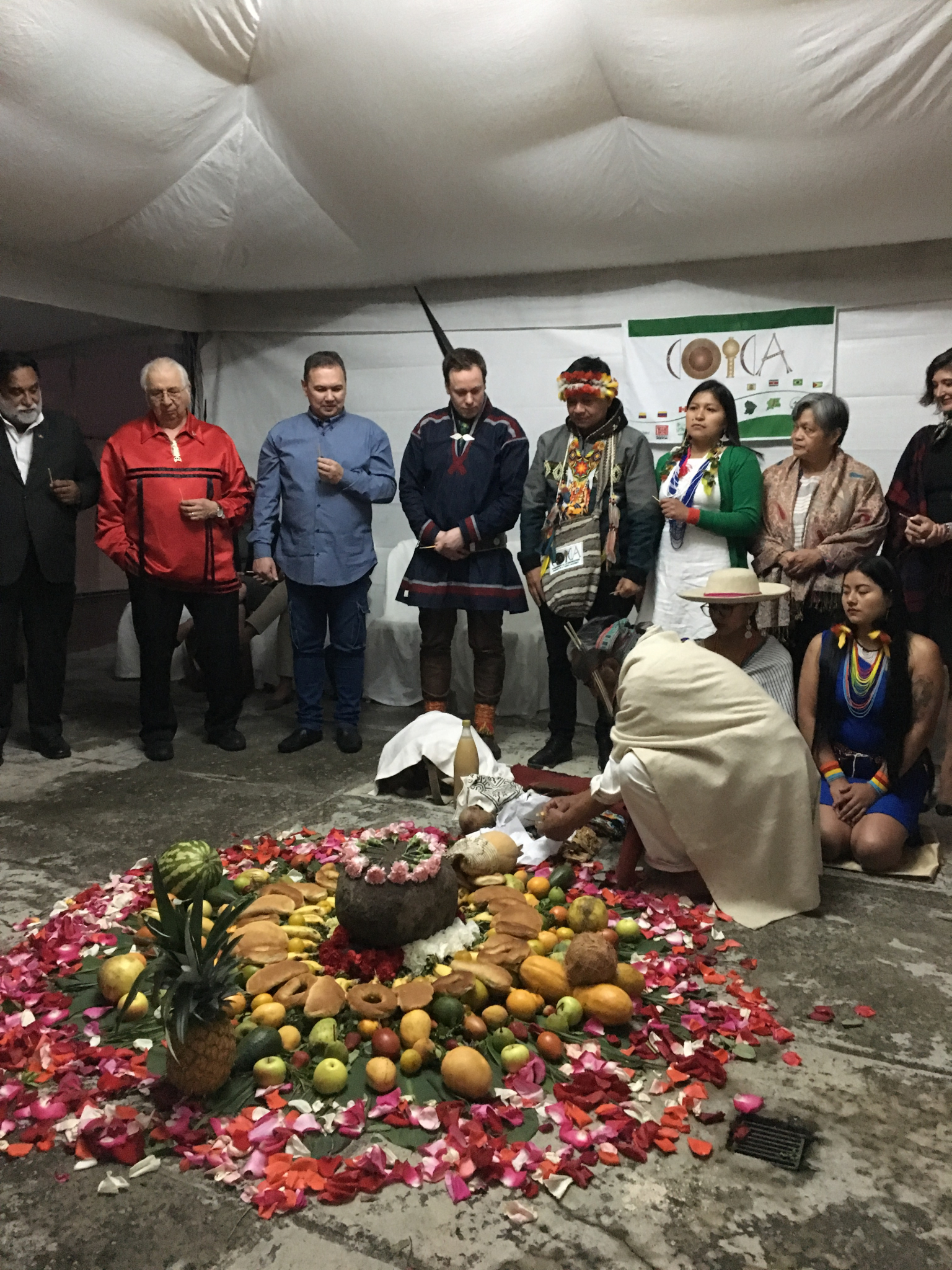 To maintain momentum, the Indigenous Peoples’ representatives drafted an outcome document, providing direction and expectation for the participation process. It draws on recent decisions at the UN General Assembly and the Human Rights Council, including the appointment of advisors to the General Assembly process, and charts out a constructive path forward for the internal coordination of Indigenous Peoples.