You are here: Etusivu1 / Unique collaboration gives impacts to Sápmi

The Sámi Parliaments and the Saami Council have gained valuable experience in their collaboration with Walt Disney Animation Studios.

“We are one people across state boarders, but on a daily basis we rarely work with the overall Sámi perspective as clearly as we have done in this work. It has been exciting to take on a challenge about our collective property right from an overall Sámi angle.” – say the Presidents of the Sámi Parliaments Tiina Sanila-Aikio (FI), Aili Keskitalo (NO), Per-Olof Nutti (SE) and the President of the Saami Council Åsa Larsson-Blind.

In July 2019, the Sámi Parliaments and the Saami Council announced that a Northern Sámi version of Frozen 2 would be created as a result of the collaboration between Sápmi and Walt Disney Animation Studios.  For the Sámi Parliaments and the Saami Council it has been important to ensure that the Sámi culture, that has inspired the filmmakers behind Frozen 2, is treated with respect and recognition.

Therefore, a separate Sámi expert group was put together to assist filmmakers in navigating Sámi culture, history, rights and society during the filmmaking process. The Sámi working group was named “Verddet”.

“We are so proud of our Verddet which have contributed professional knowledge and their unique experiences to this work” – state the Sámi Presidents.

In the agreement between the Sámi people and Walt Disney Animation Studios there are also other positive outcomes for the Sámi community, including the establishment of professional exchanges and competence building. All such contributions will benefit the Sámi community.

“In this process we have had to identify what is valuable to our society as a whole, among other things, we consider competence enhancing measures and potential collaboration opportunities for Sámi cultural workers as an important contribution for all of Sápmi.  We look forward to sharing more details about this as opportunities are announced” – state the Presidents.

Attached are the signed agreement and a biography of the members of the Verddet. 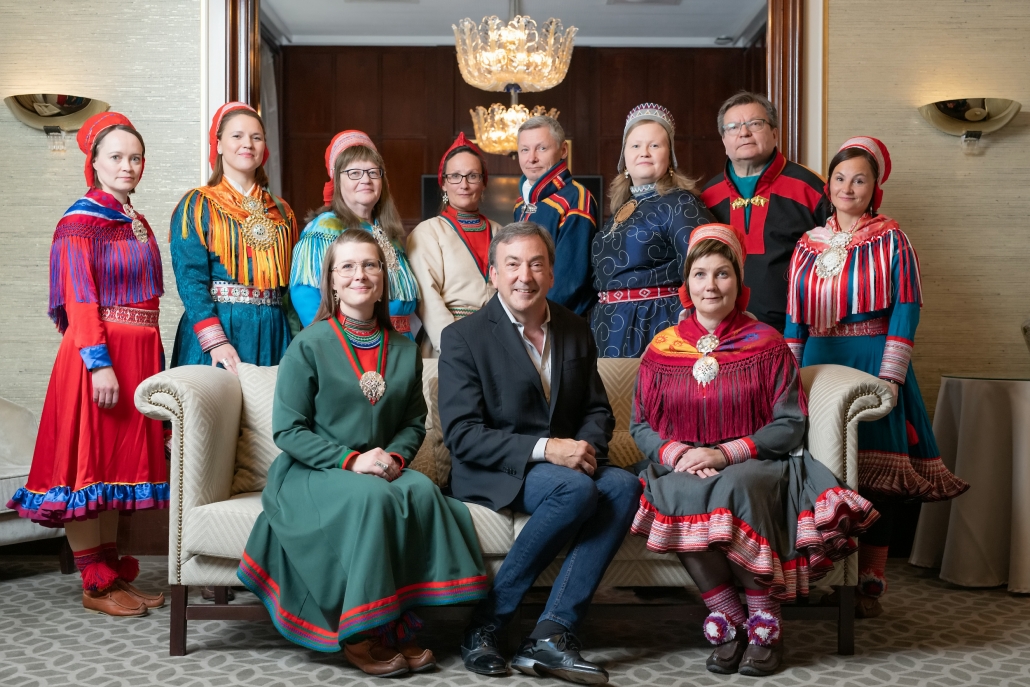 The Sámi delegation met with Frozen 2 producer Peter Del Vecho and his team from Walt Disney Animation Studios during his press tour in Oslo on September 22 and 23, 2019.  The parties took the opportunity to sign a ceremonial public version of the agreement.  Photo: Lars Opstad / Sámediggi & Sámeráđđi.

Sámi Parliament calls for Finland, holding the presidency of the Council of...

Apply as an Intern at Walt Disney Animation Studios
Scroll to top
Manage Cookie Consent
To provide the best experiences, we use technologies like cookies to store and/or access device information. Consenting to these technologies will allow us to process data such as browsing behavior or unique IDs on this site. Not consenting or withdrawing consent, may adversely affect certain features and functions.
Manage options Manage services Manage vendors Read more about these purposes
View preferences
{title} {title} {title}